Published in Blog by Tassos Marinos on Friday, 22 September 2017 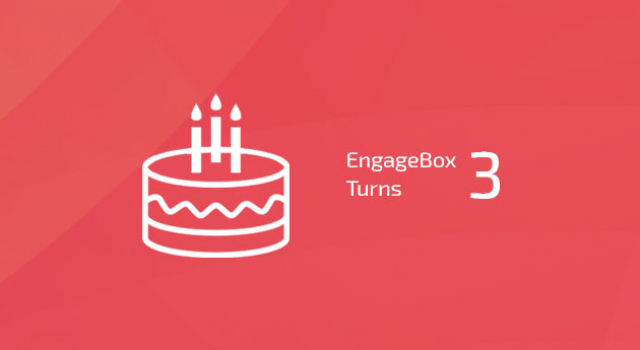 It's been three whole years since I first launched Engage Box! Although, to be exactly right, it was first called Responsive Scroll Triggered Box and the reason of that was obviously that it was the only thing it could do as its name suggested.

Engage Box currently has evolved into a fully fledged popup generator extension and has reached a whopping amount of 4,523 active subscriptions powering Joomla websites all around the world.

I consider Engage Box my flagship extension not only because it was my first one nor because of the fact that it has proven to be tremendously successful but because of the fact it has given Joomla a genuine fresh air of flexibility and conversion ability. A fact that has contributed in keeping the Joomla CMS an attractive choice for all kinds of websites.

As far as popups go, there has been quite an improvement each year since September 2015 and Engage Box followed suite without a stop.

As you can see, Engage Box hasn't stopped improving and won't stop improving. The needs for the modern web are constantly shifting and Engage Box will always adapt to keep your popups more engaging and more effective than ever.

The Engage Box reality in numbers

There's nothing more convincing of success than pragmatic numbers.

If you are reading this and you haven't had the chance to experience Engage Box yet then let me remove any doubt off of you by showing how many Joomlers are using it as you read this and more.

I can say with strong confidence that the fourth year of Engage Box will be packed with features which will make your life so much easier and give you cutting edge tools to reach your goals.

The most wanted feature of Engage Box so far by a very long shot will become reality. All those boxes that you have been watching as demos on this webpage will be available to you in seconds! All you will have to do is pick the one you like each time and you're good to go!

Since the time the Box Type concept was implemented, you have been sending me your ideas non stop and I have been listening to you needs very closely. I fully intent to keep on creating new Box Types with the next ones being:

There are 12 distinct Publishing Assignments currently in Engage Box to give you as much as configurability as possible for when exactly you want your popups to be available.

The next Publishing Assignments according to the majority's needs will be the following:

All of the above features which will be released during the next year, and more which I haven't mentioned, are due to your non-stop feedback which I receive at a daily basis!

I am sure some of you will be reading this and would probably say “I suggested that!” and you will be right! Because you absolutely did!

As much as I would like to take the praise for its success, I have to say that I owe it all to you and for that reason I want to say a giant THANK YOU!

THANK YOU for making Engage Box the best Joomla Popup Generator on the planet!

THANK YOU for giving me groundbreaking ideas to keep Engage Box on the cutting edge!

THANK YOU for sharing your experience on the JED with the rest of the world!

To celebrate the 3rd Birthday of Engage Box, I offer to everyone a 30% discount coupon with the code OLKVXWMEUI for all the subscription plans and for both active, inactive and new subscriptions for the next 30 days! 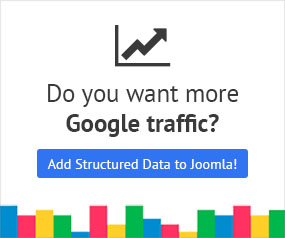